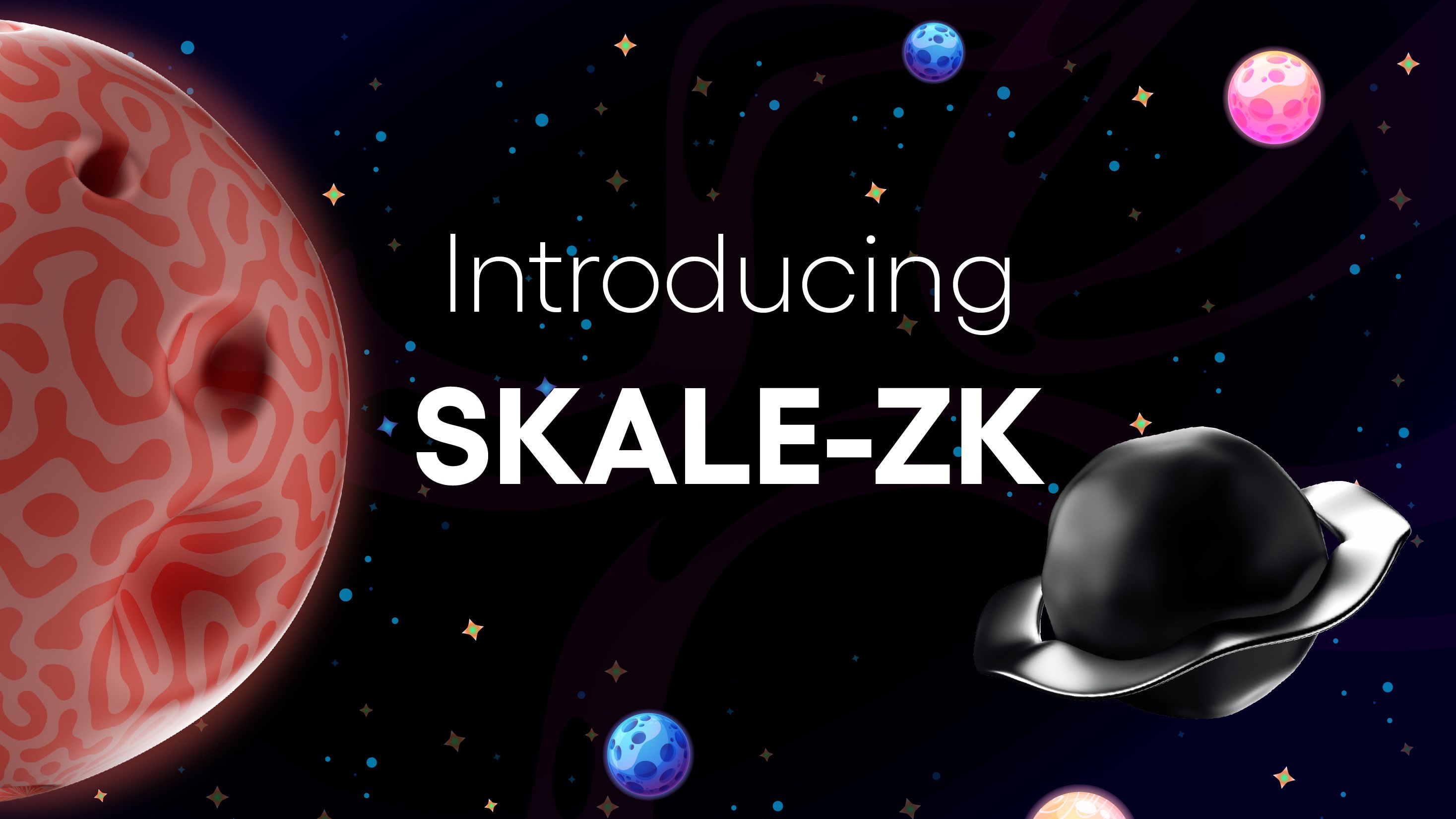 A growing chorus of developer community members have been pushing for the option to use Zero Knowledge Proofs within the SKALEverse. ZK’s growing popularity each month shows the technology has a lot of promise. The challenge however has been delivering ZK without latency, high costs, or centralization.

These obstacles are the reason there still is no high performing end-to-end ZK solution implemented in a live environment. Though there are partial approaches such as validiums, we have yet to see the promise of ZK delivered.

SKALE’s Universe of blockchains has been soaring since the launch of SKALE V2 earlier this year. Over 30 Million Transactions have been processed since June on SKALE’s blockchain across 18 blockchains Not only that, we’re nearing ½ a billion dollars in gas fees that SKALE users have saved. SKALE now sits squarely in the top 10 blockchains by application transaction volume.

Already, SKALE has a powerful offering. There is no other blockchain that can provide sustainably low fees to applications and zero gas fees to end users.

In an effort to continue the pace of innovation and cover even more use cases, SKALE has launched an initiative to integrate ZK as a configurable option to all developers deploying on the SKALE Network.

Jack O’Holleran, SKALE Labs CEO said, “SKALE’s community of developers is incredibly involved, so when they pointed out an opportunity to broaden SKALE’s offerings in response to a call within the greater Ethereum community, we knew what we had to do. It’s really an opportunity to grab even more market share by giving developers the flexibility to use SKALE’s app-specific Chains AND ZK technology. We also see a way to use ZK within the SKALEverse in a manner that solves for the current issues around costs, latency, and centralization plagued by current ZK offerings.”

ZK has the potential to make SKALE an even stronger offering to the Ethereum community. Plus, given SKALE’s track record on delivering incredibly complex technologies, the team is uniquely positioned to deliver a real working solution quickly.  “ZK will very likely play a huge role in the future of a decentralized Internet, and it’s exciting to see how SKALE will leverage it to make their many chain solutions even more secure,” said Topper Bowers, founder of Quorum Control the gaming company behind Crypto Colosseum and Delph’s Table.

Sawyer Cutler also known as “The Great Axios”, Founder of Dirt Road Dev and developer community leader of the SKALE Calypso hub added, “I’ve been working hands-on with SKALE and the larger community for over a year now and it’s clearly the best on-chain EVM implementation available today. By building a ZK module, they’re adding another arrow in the quiver and evolving SKALE to meet developers’ needs. It’s what great companies do.”

There will be further details on implementation and timelines for a SKALE ZK in January of 2023. This will be a community effort and per the commitment of the project, any economic changes to the protocol would need to be voted on once voting commences.

“We have been closely watching the progress being made on ZK technology and feel now is the right time to jump in,” said Stan Kladko, CTO and cofounder of SKALE.  “SKALE is uniquely positioned to implement ZK in a manner that is cost effective and decentralized. This is something other projects have failed to deliver on to this point.”

Want to learn more about SKALE and its infrastructure? Take a look at these SKALE deep dives from reputable crypto publications Messari and Crypto Pragmatist!

Additionally, SKALE has over 200+ resources from 2022 on its blog that will keep you updated on all the latest SKALEverse news. Check out the SKALE blog here! 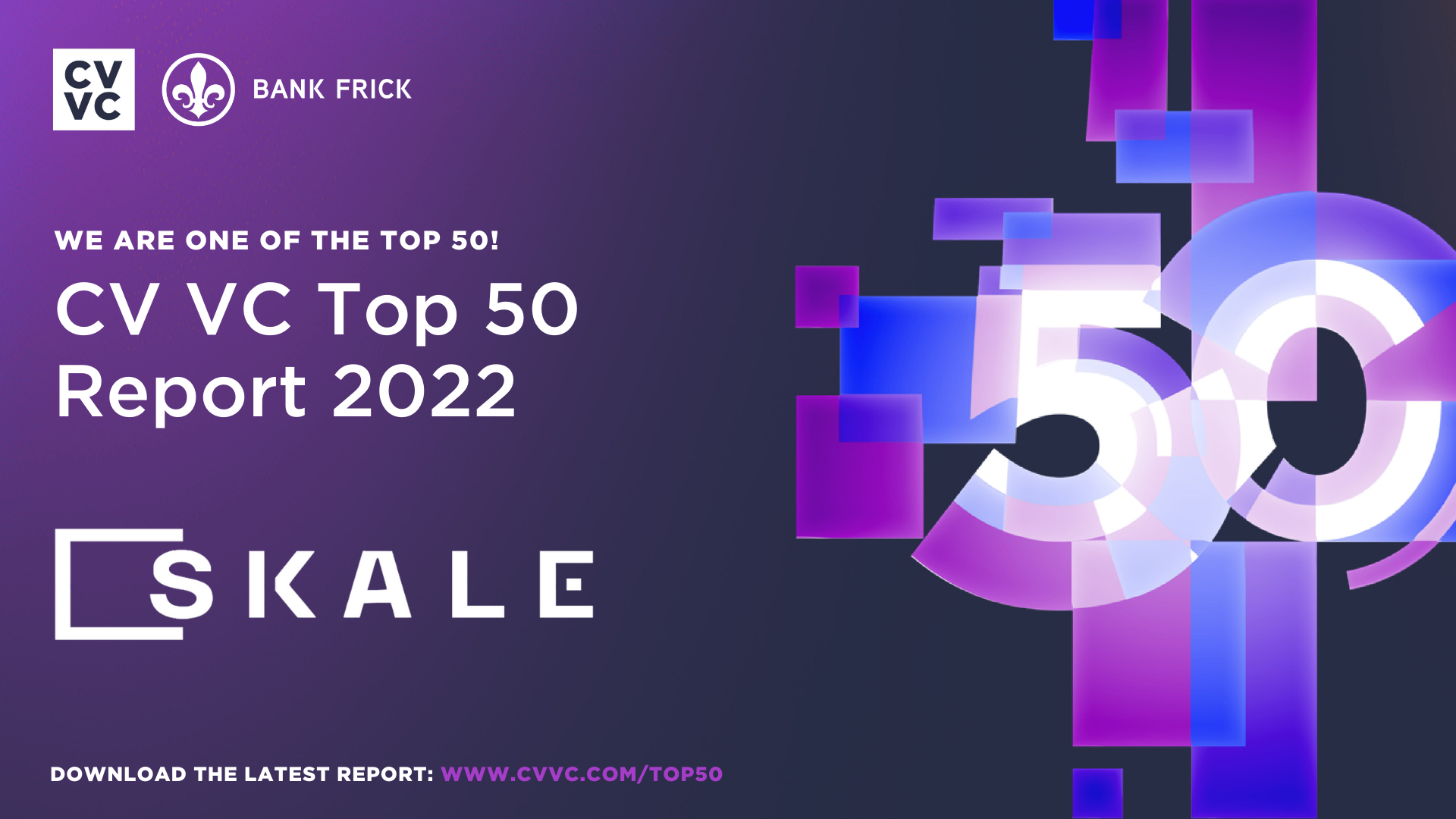