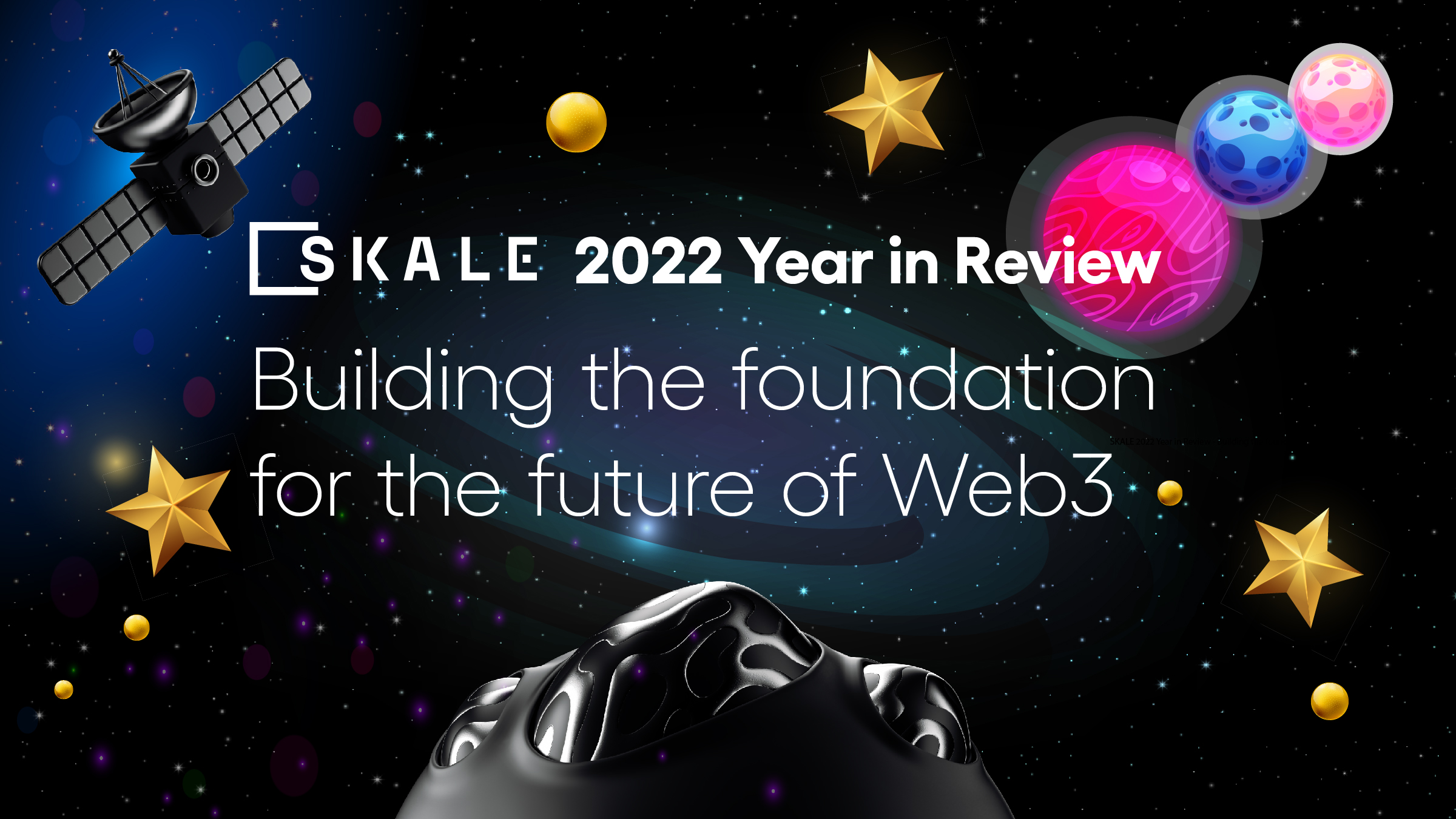 As it turns out, bear markets can impact a company's future success. After all, General Electric rose out of the market panic of 1893, Disney started at the beginning of the Great Depression, and Google rose to dominance only after the dot com crash of 2000. 2022 has been a challenging but necessary awakening for the entire crypto industry. Gartner, the tech analysts who’ve monitored the tech world for decades, would likely put us now in the “trough of disillusionment” part of their well-known Hype Cycle model. What that also means is 2023 is very likely the upwards “slope of enlightenment.”

Macro market view aside, in 2022, SKALE proved that the ecosystem could grow even in a bear market. Consumers got the first interoperable many-chain network running multiple dapps on their own chains at once through SKALE. This happened without sacrificing the Web3 user experience or, more importantly, security. Even more, records were broken in the SKALEverse, as 165,000 users added more than 30+ million transactions to the network, saving over $400 Million USD in gas fees! Transaction growth is a real indicator of the network’s tremendous potential to create a world-class user experience for NFT Platforms, Games, and Web3 applications. For a better view, let’s look back at SKALE’s achievements over the past year.

70+ dapps are building on or are live on SKALE

Web3 is in its discovery phase as the world looks for the killer dapp that will create the explosive growth we saw in the mobile revolution. Projects are building furiously across various categories, including Games, Marketplaces, NFTs, Metaverse, DeFi, and Social Media. All of these and more are taking the SKALEverse by storm!

Most recently, Exorde, a Web3 protocol that solves the problem of spreading misinformation by creating a community that links all the public data circulating on the web, went live on SKALE and has been pushing the network to greater heights! To date, Exorde has had around 8 million transactions on SKALE, which proves that, more than ever, people are invested in promoting reliable and factual information. High-transaction volume levels of this magnitude would not be sustainable on most other networks but can be on SKALE due to both its gasless nature and throughput capabilities.

Another excellent example of innovation is SKALE’s partnership with Fireside, a venture co-founded by Mark Cuban and Falon Fatemi. Fireside allows content creators to own their work and enable them to engage, interact and monetize en masse without any middlemen. The ability to capture digital media and build creative fan engagement mechanisms right into smart contracts takes creators to the next level.

A few weeks ago, Fireside launched Tyler Henry’s fan collective membership, representing the first truly mass consumer use of blockchain technology for a high-profile brand where the NFT is invisibly embedded in the tech stack. Doing this shields consumers from the complexity and hype uncertainty typically associated with using blockchain products. In other words, it just works.

Other big names, such as Oxygen Esports, the largest multi-title esports organization in New England, entered a partnership with OwnYourStream, powered by SKALE! As a part of the partnership, top esports players Censor, 2 Time Call of Duty National Champion, and TDawg will mint their favorite moments from their streams. All of this is made possible by OwnYourStream and the gasless SKALE Network!

SKALE is committed to growing the NFT space. It has done so with initiatives like SKALE’s NFT Visionaries Grant Program, which gives 10,000,000 SKL to creators bringing their work to the SKALEverse and recent and their partnership with NFTrade, allowing the community to mint, swap, and sell NFTs with absolutely ZERO gas fees. Users can now buy NFTs from multiple collections on NFTrade from artists Alejandro Glatt, Joshua Mays, and Wes Henry. This is part of the larger SKALE Ecosystem grant program launched earlier this year, which at the time was valued at $100 Million USD.

Speaking of partners and dapps; there was a tremendous uptick in one particular area of dapps that went or will be going live on SKALE. Specifically, Blockchain Games has proven to be resilient despite the current crypto winter. According to Cointelegraph, gaming-related transactions are the highest-grossing sector in the market before DeFi, Marketplaces, and Exchanges. Blockchain gaming is on track to become a trillion-dollar industry, making traditional mobile/video games markets look like peanuts. SKALE’s focus on scalability and speed suits the needs of blockchain games and positions it well for mass adoption. SKALE’s sophisticated infrastructure allows instant finality and high transaction throughput needed for users to have a seamless experience playing these games. Plus, users conducting tons of transactions pay zero-gas fees forever!

CryptoBlades is a prime example of the potential of SKALE, having already given its 1.1 Million users access to SKALE’s ecosystem. CryptoBlades is a play-to-earn NFT RPG developed by Riveted Games. The game revolves around acquiring legendary Blades and the powerful Heroes who wield them. Players may participate in combat using their assets to earn SKILL tokens. CryptoBlades users can now enjoy gas-free gaming, and as proof of the demand, within the first week of launch on SKALE, CryptoBlades players bridged more than 15,000 NFTs! Currently, 76% of all CryptoBlades gameplay is done via SKALE Chain. That’s a massive shift and shows that consumers want and need fast gas-free environments to optimize their gameplay.

All of this massive growth wouldn’t have been possible without SKALE V2. This major release allowed a network of siloed L2 chains to transform into a high-performance modular L1/L2 hybrid network of scalable interconnected blockchains. That means SKALE is not a single blockchain but a network of many blockchains, all creating a dynamic, interconnected community of dapps that will organically grow and work together! SKALE V2 lets people utilize Ethereum-generated tokens and enables dapps to mint ERC Tokens/ NFTs at zero cost directly on SKALE.

SKALE’s ecosystem is always expanding, and recent additions, such as Covalent and Wyre, have really taken advantage of SKALE V2 and will expand the reach of SKALE in the greater Web3 space. Covalent has integrated with multiple SKALE chains, offering anyone leveraging the Covalent API access to data from the SKALE ecosystem, including numerous blockchains and hubs. The partnership furthers SKALE’s mission to increase universal blockchain data availability across various blockchains and provide more public visibility into network activities. Wyre offers builders on the SKALE Network an array of plug-and-play tools to utilize various crypto and payment solutions. More importantly, Wyre represents a key component to onboarding millions into the Web3, fiat on/off ramps. This is critical to having user-focused dapps that make it simple for people to enter the world of Web3 without having to be technical or jump through lots of hoops.

SKALE Metaport is a super fast, simple way for users to use the chain-to-chain bridging capabilities of the SKALE Network. Dapp users have a fast and simple way to move tokens of all sorts (ERC20, 721, and 1155) between SKALE Chains and between the Ethereum mainnet.  This is all done using an interface that takes users through the process of moving their tokens and NFTs between chains in a few easy steps. CryptoBlades, for example, used the Metaport to connect their chain to the Europa hub (the premiere liquidity hub on SKALE) to allow users seamlessly transfer $SKILL tokens to Europa right within the game. What’s most exciting is that dapp developers can customize the Metaport to the needs of their game by specifying the token or allowing the user to perform any actions on any tokens. Check out our SKALE Metaport Demo with Core Team member Dmytro!

Part of SKALE’s mission is to support innovation and collaboration around cutting-edge blockchain technology in the SKALE+Ethereum community. Throughout the year, SKALE participated in numerous hackathons worldwide, such as in Denver, Lisbon, San Francisco, Amsterdam, London, and New York! We even sponsored scholarship tickets to Devcon Colombia. The SKALE core team thoroughly enjoyed interacting, connecting, and answering questions on the ground at these events. Most importantly, the biggest reward was seeing how many projects were built on SKALE! Projects such as ZK Texas Hold’em, NFTicket, and Decentralized Job Board earned thousands of $SKL Tokens for their successful implementations!

Additionally, SKALE Labs leaders such as Co-Founder and CEO Jack O’Holleran spoke on 10+ panels and podcasts about blockchain and the mass adoption of Web3. SKALE solidified its place as a thought leader in the industry, hosting numerous tech workshops for developers like How to Leverage SKALE Tools to Build Zero Gas Fee dApps, presented by Director of Solutions Engineering – John Frost and Software Engineer – Sawyer Cutler.

The reintroduction of SKALE’s Global Ambassadors

In 2022, the SKALE Ambassador program refreshed its structures, faces, and functionalities! There are now 17 languages that educate the broader blockchain community about SKALE worldwide. To learn more about SKALE’s Ambassadors, check out the full article on our blog now.

There is no shortage of growth areas for SKALE in the coming year, and the core team has ambitious goals. Not only will you see additional technology modularity and innovation in the Layer 2 space, but the core team is working hard to provide the community with a governance solution that will get them even more deeply involved.  Building, marketing, bringing on new projects and partners, and helping dapps go live are all areas that will continue to show significant growth. The SKALEverse will become a place where Web3 comes alive, and millions of consumers will inhabit it without even knowing it.

Want to learn more about SKALE and its infrastructure? Take a look at these SKALE deep dives from reputable crypto publications Messari and Crypto Pragmatist!

Additionally, SKALE has over 200+ resources from 2022 on its blog that will keep you updated on all the latest SKALEverse news. Check out the SKALE blog here!

And behalf of the entire SKALE Core Team, we wish the whole community a happy and healthy new year! May 2023 be the best year yet for the SKALEverse! 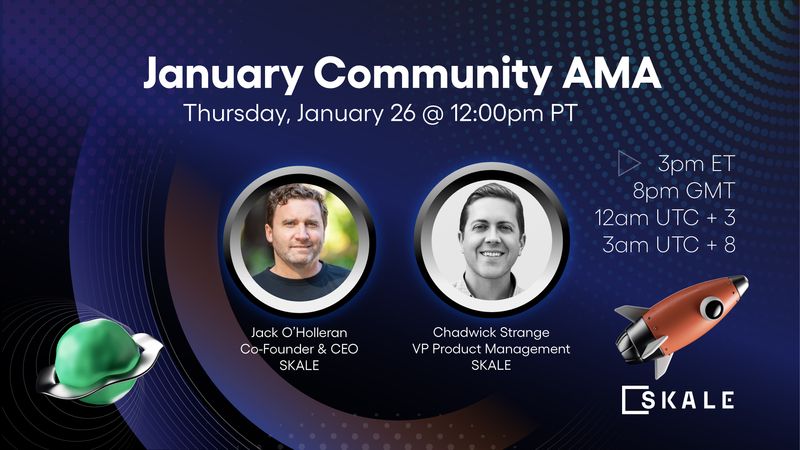 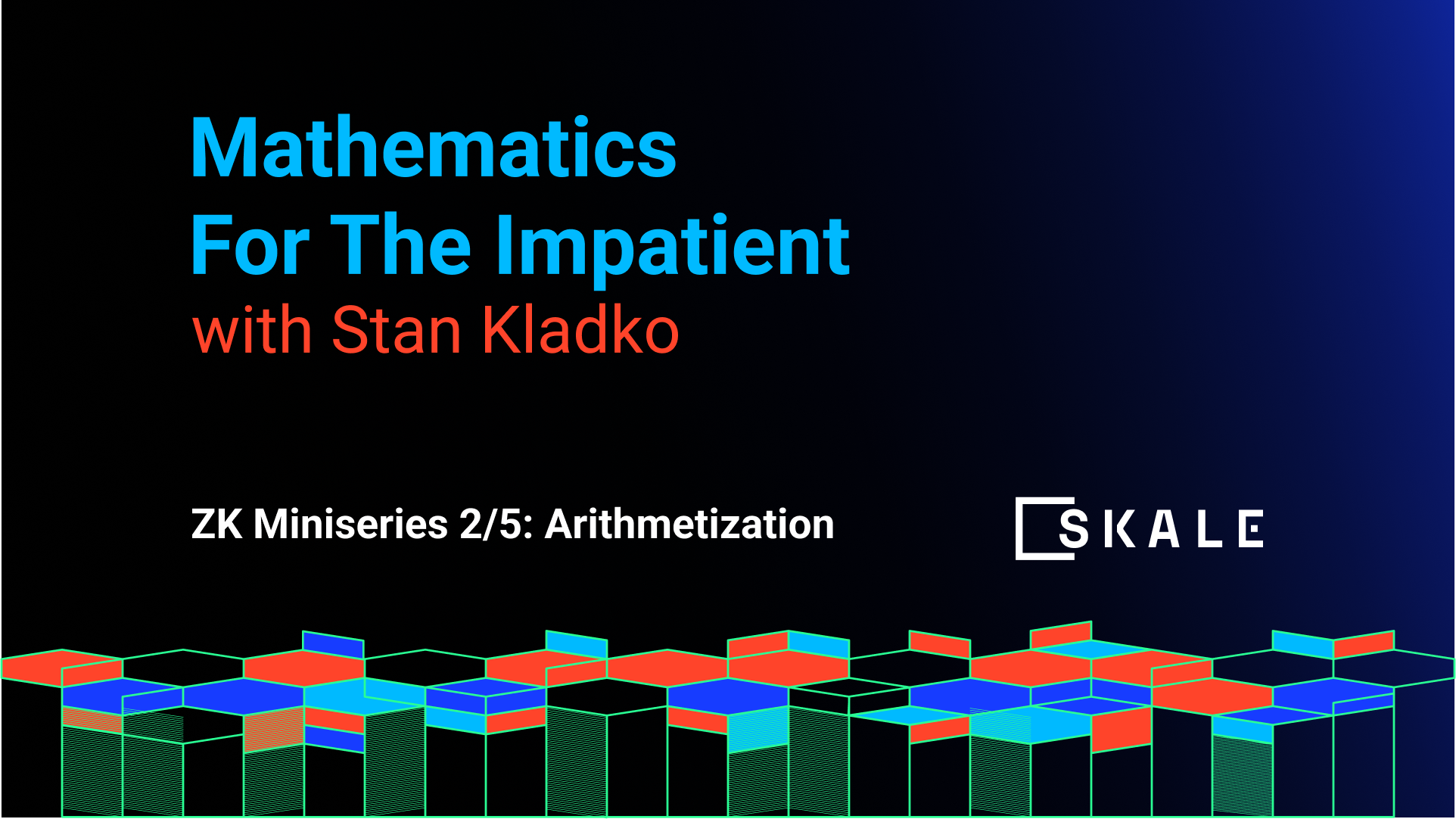