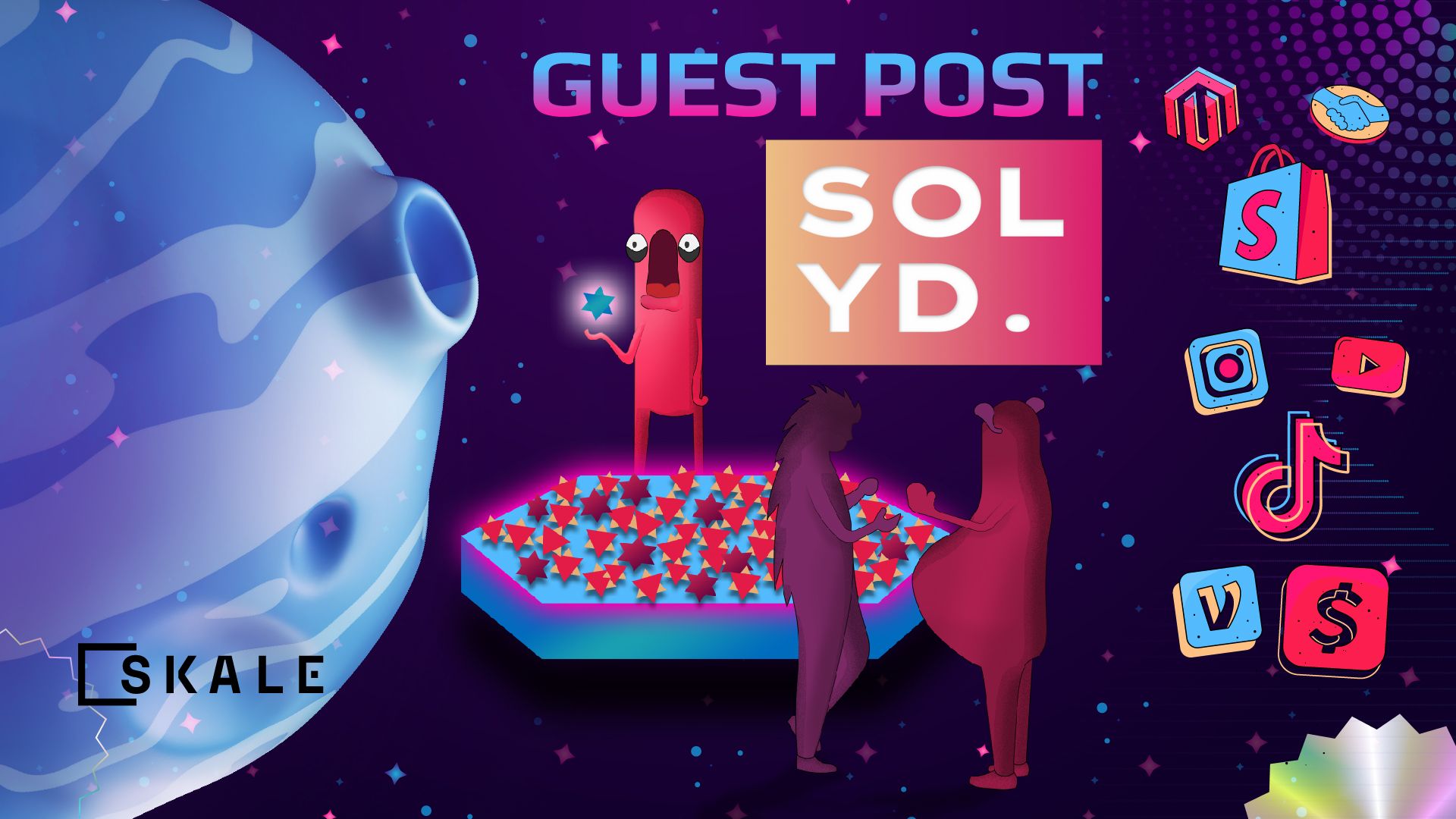 At Solydaria, we’re building blockchain-based tools to harness the power of collective action to benefit consumers, creators, and society.  We use the term “collective action” to refer to people organizing themselves, working together, participating together, making decisions, and making commitments for mutual benefit. We also believe that blockchain technology opens the door to a new age of collective action – it’s a technology that can enable people to act together directly without the middlemen and intermediaries we’ve previously needed.

We believe commerce is the key to unlocking positive change in this new age. President John F. Kennedy best explained this in his 1962 speech to congress on protecting consumer interests. He said, “Consumers are the largest economic group in the economy, affecting almost every public and private economic decision. But they are not effectively organized, and their views are often not heard.”

Not much has changed in 60 years. 70% of the GDP of the US is made up of consumer spending – we consume more than any other population on earth, and we’re making huge impacts with our personal buying decisions – even if we don’t recognize it.  Mostly, we buy things alone, for personal benefit.  We generally don’t buy things together as a block or consider our buying decisions as a form of participation, a lever for change, or a source of power.  But what if we did?

Our first answer to this question is the product we’re launching this week, a crowd-shopping deal engine called SOLYD. SOLYD uses blockchain technology and the power of collective action to solve problems that have many direct-to-consumer (DTC) entrepreneurs, small businesses, and consumers struggling.

We’ve gone very far from the internet’s original promise to sellers: the prospect of efficient, direct, ubiquitous connections to buyers. Today’s digital commerce landscape is dominated by powerful tech monopolies who have different incentives than those of the value creators they serve and the society we all share.

Platform economics have turned brands and creators into commodities, shaped by forces working against their best interests. Platforms own audiences. Reaching people means handing over large amounts of money to intermediaries like Google and Facebook to lure potential customers to a store and give customers discounts to get them to buy something and leave their email, then send them updates about more deals. Digital sellers and creators leave 12% -30% of their sales on the table as discounts and spend between 20% - 50% of their revenue on paid ads.  An entire ecosystem of digital commerce ‘solutions’ has been built to help sellers, but the vast majority simply reinforce paid ad spending and discounting.  DTC commerce has become a low-margin business. It’s a treadmill, and the platforms are the only winners.

As for consumers, this reality has made buying things online soulless, devoid of joy, and intensely intrusive. Every activity is surveilled to target them with manipulative messages, force-feed products, and information from the highest bidders throughout feeds. Digital commerce has been Amazonified, to say nothing about the many disastrous social consequences created by the paid ad business model that fuels it.SOLYD empowers DTC entrepreneurs to grow their businesses without paying vast amounts of money to paid ad platforms, destroying their margins, and cheapening their brands through relentless discounting. It is designed to empower buyers to achieve savings now and to unlock other opportunities for people in the future, like supporting charitable causes, establishing group savings accounts, decreasing commercial risks by acting together, and gaining tangible value from their data. SOLYD is a new deal where buyers and sellers engage directly together, and everyone wins through the power of community.  SOLYD is based on a simple yet radical idea: connect directly to customers, give meaningful amounts of money back to them to stimulate demand, and harness the power of collective purchasing economics, community connection, and free social media channels to replace a host of inefficient digital intermediaries. With SOLYD, sellers transform discounts into direct payments to buyer collectives; the more people who buy, the higher the amount of cashback everyone receives, creating meaningful savings and a natural incentive for buyers to share, maximizing the collective payout.  With SOLYD, sellers transform paid ad spending into cooperative crowd-shopping events, and buyers achieve actual savings through their collective purchasing power.

We built SOLYD for a future where commerce is based on community, fairness, and privacy. SOLYD collects no personal data, and purchase data is encrypted, stored on the blockchain, private to the users, and only accessible with user opt-in. Sellers don’t pay anything unless the deal results in concrete ROI, and we designed SOLYD fees to cost no more than a credit card transaction.  We aim to be as efficient and low-cost as possible because we can help more entrepreneurs and creators grow their businesses and more consumers generate actual savings and real leverage. The more buyers and sellers we empower, the more we can create new ways to unlock the tremendous untapped potential of our commercial decisions and leverage our collective power to make a better world.

We chose to build on SKALE because we see it as the AWS of blockchain and, by any standard, it’s an incredibly mature and robust technology. It is critically important for an eCommerce solution like ours which needs speed, high throughput, and reliability to consistently deliver the performance brands need and the digital experience online shoppers expect.  Putting aside SKALE’s ground-breaking tech and the ease of development provided by the platform, the entire SKALE team has been a tremendous partner on our journey from prototype to the launch of the SOLYD MVP.  We are eternally grateful for their vision and support. We look forward to great things to come!