1. How did you come up with Razor Network’s concept?

In early 2019, our CEO Hrishikesh, was exploring real-world blockchain applications. DeFi was in the early stages but was filled with promising use cases during this time. As we did more research, we quickly realized space was limited due to centralized oracles. We believed this would always be a limiting factor of DeFi unless the oracle problem was solved.

The Oracle problem is a very well-known and notoriously difficult problem. Over time, we have researched and developed Razor to make it the most robust, secure, and fast oracle network.

2. What differentiates Razor Network from other competitors in the space?

Razor Network oracle is truly decentralized and permissionless, meaning anyone holding the MinStake required RAZOR (1M currently) can run a node. There is no need to talk to the Razor team, and there are not any permissions required. RAZOR holders control the Governance of the protocol.

Razor provides data in Automated or Manual mode queries, depending on the user's need.

3. What is your favorite feature of Razor Network?

4. Why did the Razor Network team decide to partner with SKALE?

Support from the SKALE team has been immense while building on their infrastructure. SKALE’s EVM compatibility is massive since it makes it easy for Razor Network to provide data feeds with the help of a data bridge to all EVM-compatible chains in one go!

5. How much time did it take to develop Razor Network, and what challenges did you face?

It took almost two years to deploy Razor Network Oracle onto the mainnet! The biggest challenge was creating a balance between the security and speed of the data feeds being fed into client dApps. All of this while making sure to stay safe by ensuring we are maximized on the security front.

6. What other projects do you admire and or enjoy in the web3 space?

One project we admire and look up to is the journey of ETHLend, which has become AAVE!

We see a lot of growth and evolution over the next 3-5 years. This growth will likely be driven by advancements in blockchain technology and increased interest and investment in decentralized applications (dApps). Some notable areas of development that may see significant progress include scalability solutions, user experience and usability, and interoperability between different blockchain platforms. Additionally, there may be an increase in real-world use cases for decentralized technology, such as in finance, gaming, and social media.

8. What other projects do you admire and or enjoy in the SKALEverse?

Ruby Exchange is a promising project on SKALE that we would love to collaborate with! Apart from that, there has been some heat around Metaverse Invaders, and we look forward to seeing what that project holds!

Check out Razor Network on social: 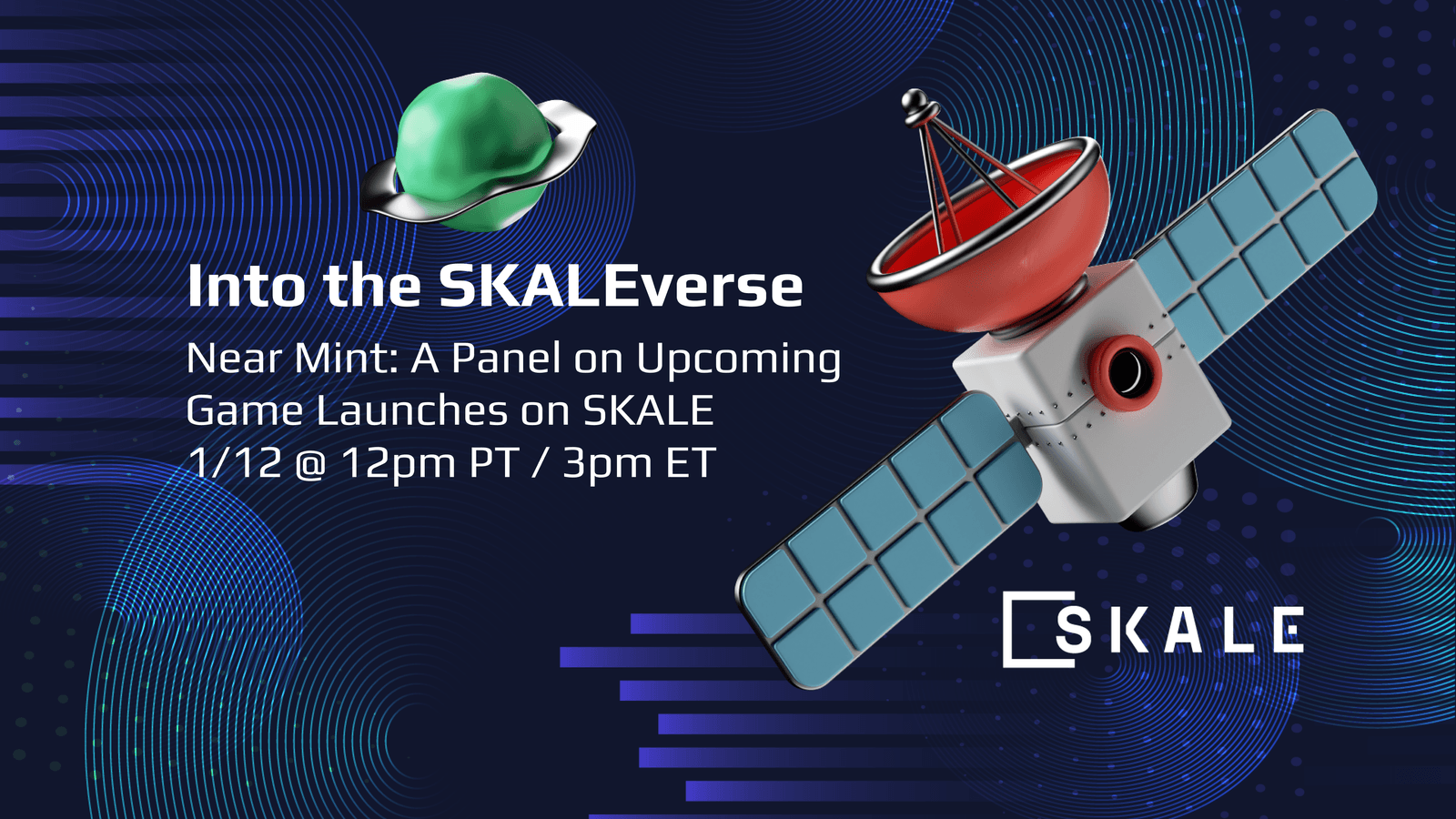 Into the SKALEverse: Near Mint - A Panel on Upcoming Game Launches Roundup

Listen to SKALE's first Twitter Spaces of 2023 -- a panel on upcoming game launches on SKALE with Of Gods and Men and Metaverse Invaders!