Metrics That Matter for Token Launches 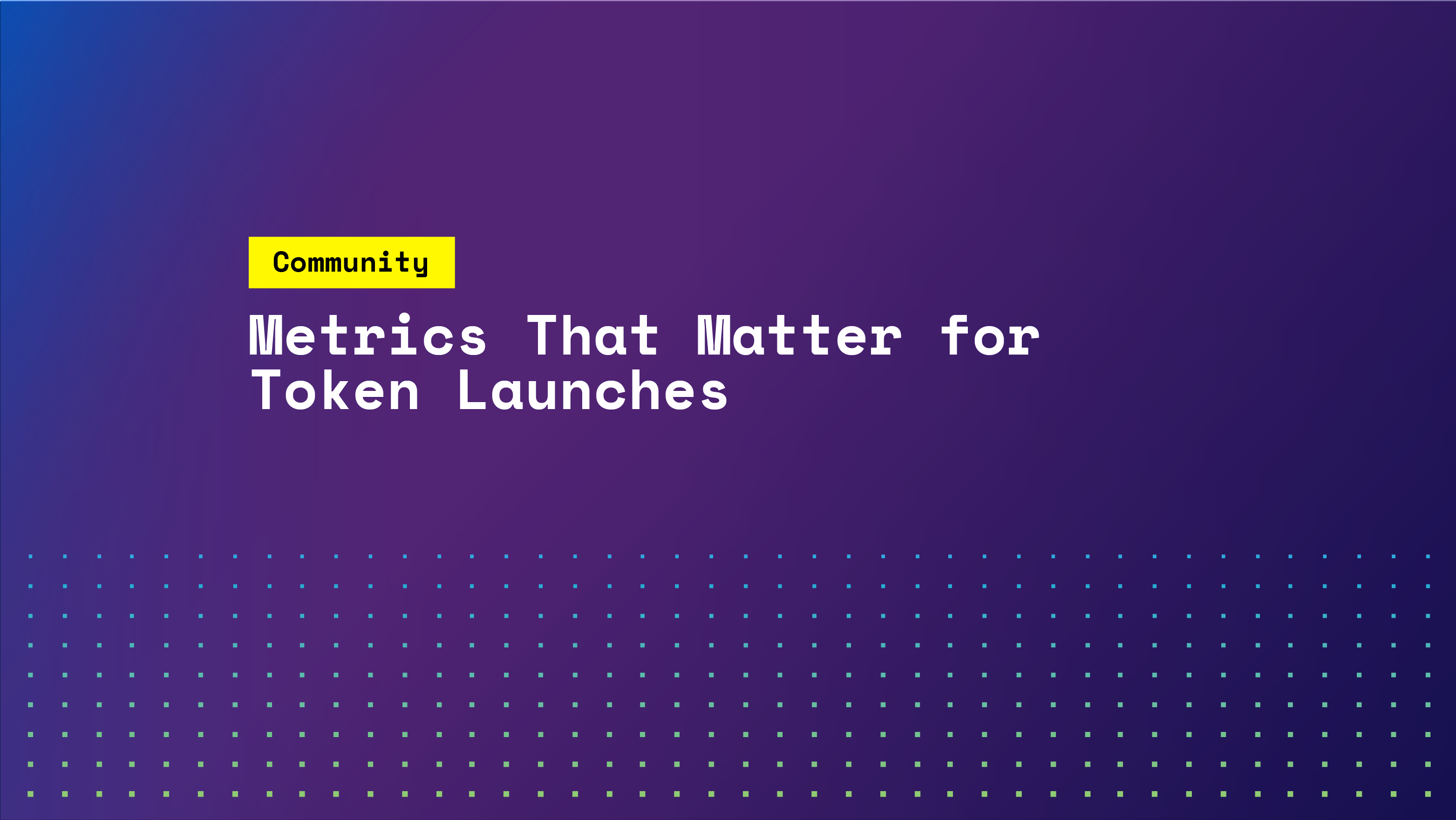 At this point, you’ve probably heard about our partnership with ConsenSys Activate, which I’m incredibly excited about. It’s been a long road with our core team putting in serious hours coding and talking to developers to create a network that we hope will make a real difference in the Ethereum space.  We have a big vision, we want to see multiple million DAU dApps coming out over the next year, and we are passionate about helping Ethereum achieve its first billion consumers.

Getting to those goals requires a lot of things to happen, not the least of which is to launch a network with a solid economic framework that is designed to align the interests of community -- developers, validators, core team, and purchasers of tokens.

What does that look like?  First, have lockups that work! It’s critical to protect the last round of purchasers, while simultaneously protecting the health of the network. This can be done by limiting liquidity for early supporters(who got a discount), as well as the core team. So many projects have eaten the dust because teams and early high-discount investors were not locked up upon launch and decided to take money off the table early on. Incentive alignment is critical for long-term network health! This ensures early supporters who are supporting not in order to get cheap tokens that they hope will appreciate in value and lead to a passive profit, but incentivizes supporters who want to actively participate in the decentralized network and "profit" from their own participation and contribution. The best early supporters make bets on teams and vision while maintaining a longer arc for value return. It’s worked in silicon valley, and can and will work in crypto. If you want a sense of who these early supporters are, check out who has supported SKALE.

Second, early supporters should be rewarded with lower prices. VCs and Crypto Hedge Funds take on far greater risk by providing funding earlier in a project's life-time with fewer success data points. This equals risk. They are also taking on lockups, which means capital opportunity cost. Without incentives such as discounts, new projects will never be funded. To do this successfully, the discount however MUST be coupled with a lockup. If not, then often the network and project suffers as early supporters may seek early liquidity. Some people are against early supporters capturing discounts, but without incentives for early stage supporters, early stage projects will not get the required capital to innovate. This model works for traditional VC as seed investors get in at lower valuations. A discount effectively provides token purchasers the same benefit as lower valuations provide seed equity investors.

Third, don’t forget the commencement date of lockup vesting periods. The maximum benefits from lockups are realized if the core team and early supporters lockup dates start at signature of the agreement or date of purchase. Timing it the right way means commencing all dates at MainNet launch. By doing this, people and institutions that purchase at the date of the public sale are in a much better position. Caveat emptor! Be wary of buying any public sale that does not have good lockup terms!

Last, let the market forces do what they do best! We believe in letting the market set a price for a token which is what makes auctions great, and SKALE will use a Dutch auction. It’s also important to avoid hype and speculation, it just serves to throw the network health out of whack. While it often means more funding to the project and more cash for engineering, marketing, ops, community building, etc, it’s raised at the cost of overall network health. SKALE will put a cap on the auction price to ensure it doesn't hit the market at a value which will result in a dump. Ultimately, price stability is key to giving a project the leeway it needs to mature in a healthy manner.

What are the key takeaways? Funding and team allocations are absolutely critical to network success, and help to create a positive equilibrium for the overall network. Public sales and token launches help jumpstart the network and make it a self-sustaining endeavor. That means the best networks of the next decade will need to blend incentives to reach an optimal win-win-win for all involved. It’s just smart business.