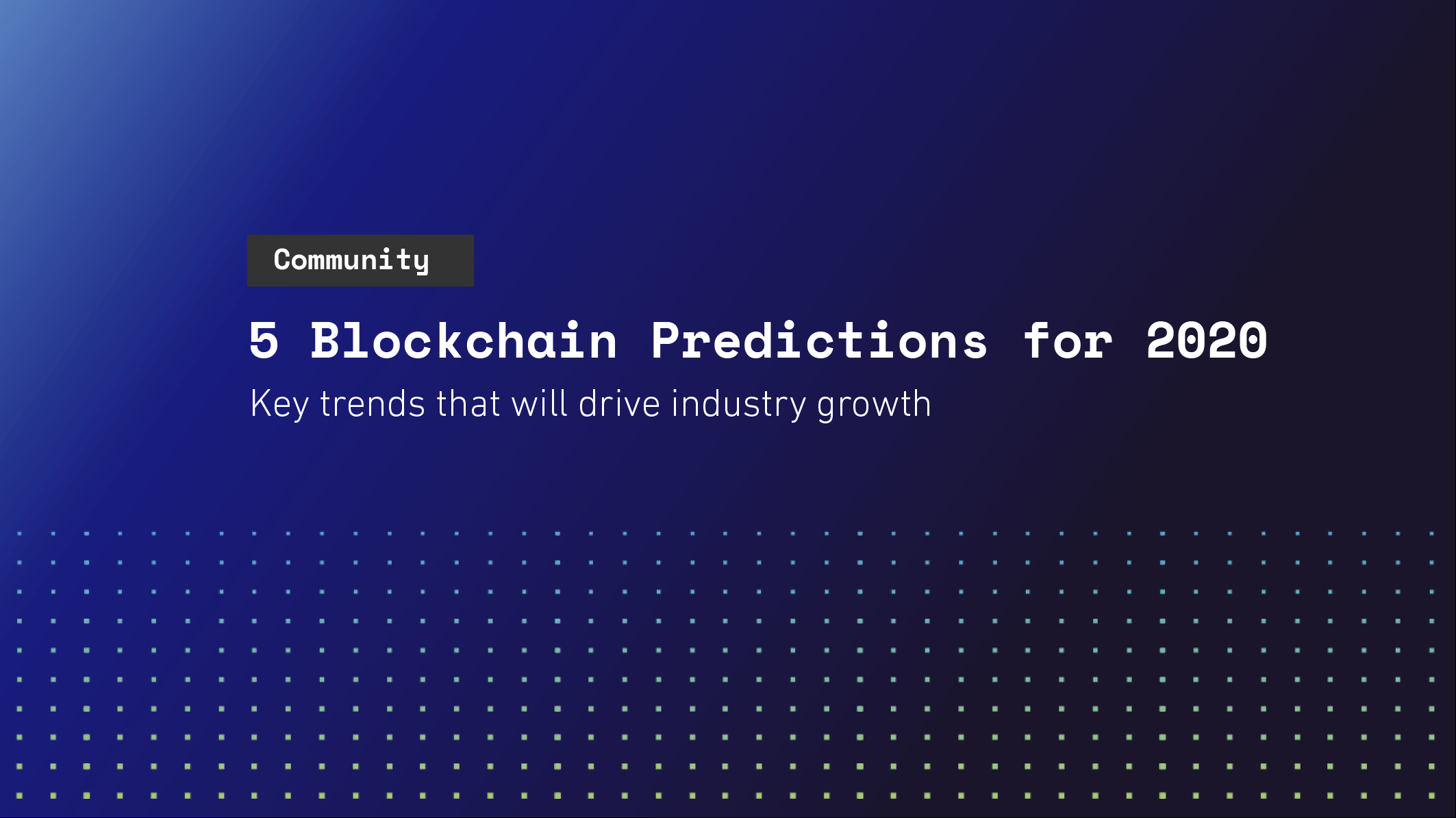 It’s 2020! What better way to stir things up than to make some bold predictions! Seriously though, I am excited about what this decade is going to deliver in terms of the next phase of human, technology, societal, and financial evolution. Let’s get it started with a few predictions for  the year!

There are a lot of upcoming announcements that lead me to this one. Everything from ETH 2.0 to SKALE MainNet to global awareness of blockchain as a technology. 2020 will be the year of the dApp as we begin to see consumer-grade experiences making their way into the mainstream across the globe.

2. We’ll have 3x as many people working in Blockchain by December 2020.

Once we have a dApp with 1 million DAU, people will flock to the industry. I also say this because just the smell of consumers at volume will bring the massive amounts of undeployed capital that VCs are sitting on out of the woodwork. LinkedIn already has 4,000 open jobs if you do a search on the term Blockchain; I expect that to easily exceed 12,000 in 12 months.

Questionable projects are becoming few and far between now that the market has begun to mature. This is normal for a growth industry. Add that to more realistic expectations, and pre-2017 valuations and there is a lot of room to breathe and invest in new projects that are launching with real product and will create real traction. We’re at the moment that smartphones were in 2009 before the massive growth in usage that happened over the subsequent 4 years.

4. dApps will successfully launch in 10 verticals setting up 2021 as the year of mega disruption.

Just like mobile apps were led by the games industry, then quickly followed on by apps for everything from meditation to dating to fitness to office productivity, so will we see this with dApps. The Blockchain Gaming Alliance already boasts members from AMD to Maker to Ubisoft to ConsenSys, and we’ll see more and more indie game devs leading the way. That will crack the way for all sorts of other dApps from healthcare, genetics, insurance, wireless, SaaS, and others as blockchain goes mainstream in 2021 in a big way.

The messages coming from the Chinese government are somewhat contradictory. Pro-blockchain! Anti-Crypto! Still, though, there is no doubt in my mind that China is serious about being a leader in blockchain. 2020 will see an official offering from the government that includes Blockchain as a key technology, and that may not be an official cryptocurrency, but perhaps the use of tokenization in other areas of government management. Decrypt even reports that “China’s state digital currency nearly ready, says central bank.”  Regardless of implementation, this will be a net positive for the industry in aggregate.

2020 is our year for hockey stick growth. It has been 10 years in the making but we’re there, and I for one am incredibly excited to see how this plays out. Happy 2020!