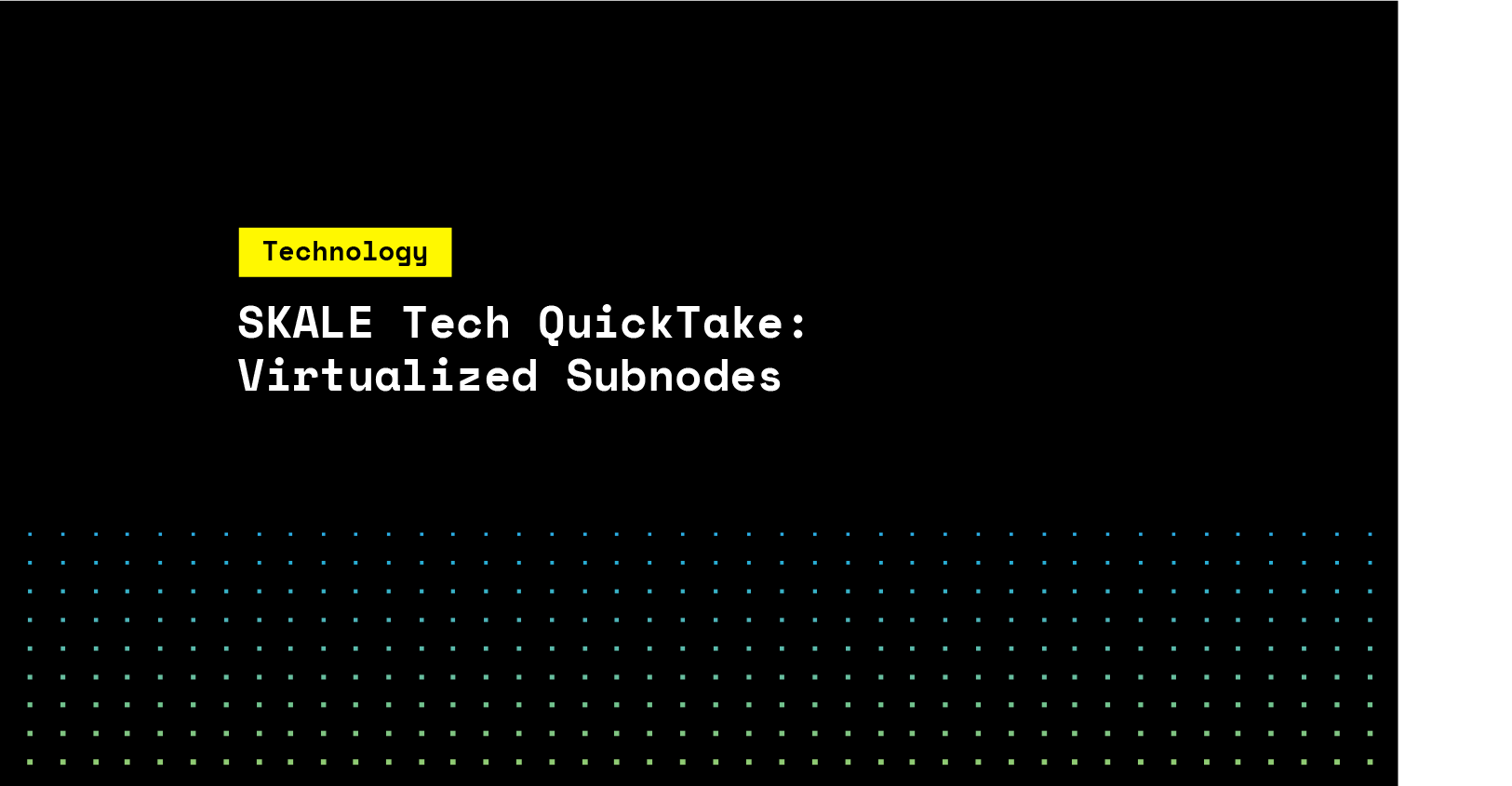 The introduction of Proof of Stake consensus models is an efficient way to scale decentralized networks provided they are designed properly so as not to compromise security. The use of Proof of Scale within Eth2 is a clear indication as to the wisdom of this approach. Eth2 promises to offer a dramatic improvement in resource usage and increase the scale of the network by a significant amount. In this model, instead of thousands of miners working to mine the same block, validators grouped into pools will be working to perfect different shards within the overall chain.

A similar Proof of Stake design lies at the core of the SKALE Network, although with differences in consensus models and node arrangement and design. It does support the same goal, however, in terms of providing increased transaction throughput thereby supporting the growth of decentralized apps and the use of Web3. The SKALE Network is a multi-chain network that can support thousands of chains with a security model and operating mechanisms tied directly into the Ethereum mainnet.

One of the keys that allows SKALE to support sub-second finality and up to 2000 TPS per chain lies in its virtualized node design. Nodes within the SKALE Network make use of containers which allows them to be segmented into up to 128 subnodes. Different sizes of chains make use of different portions of a node. A large SKALE chain, for example, will make use of a full node whereas a medium chain will have subnodes that use of 1/8th of a node’s resources. Small chains will have subnodes that use 1/128th of the node resources.

SKALE chains can be created and paid for by dapps, protocols, DAOs, consortiums, and other entities. All that is needed to create a chain is to select the size of the chain and then put up, or stake, the subscription fees necessary to support the chain. All the chains in the network make use of a pool of validators. When a new chain is initiated, a set of 16 validators is assigned to the chain via random selection. The validators are rotated on and off chains on a frequent basis. This random and non-deterministic approach is an effective way to prevent collusion among validators as well as other malicious behavior. (Significant staking by validators along with network incentives and disincentives add to this security model).

The Benefits of Virtualization

Virtualization is an efficient way of allocating resources as well as a straight-forward mechanism for increasing flexibility and scale. Virtualization has a long and well-regarded history in computing. Fifteen years ago, it ushered in cloud computing with its ability to rent servers by the hour, which was then followed by microservice and serverless approaches with compute power measured in seconds and milliseconds.

The SKALE Network is one of the first networks to make use of virtualization within its node architecture and its use of this technology increases the network’s agility, scale, and cost efficiencies. This use of a Proof of Stake consensus model in conjunction with virtualized subnodes demonstrates that security, scale, and efficiency can be effectively managed by the right network design so as to power the use of decentralized applications and support their growth.