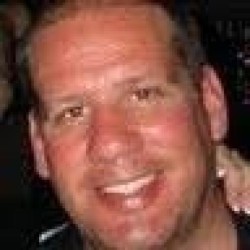 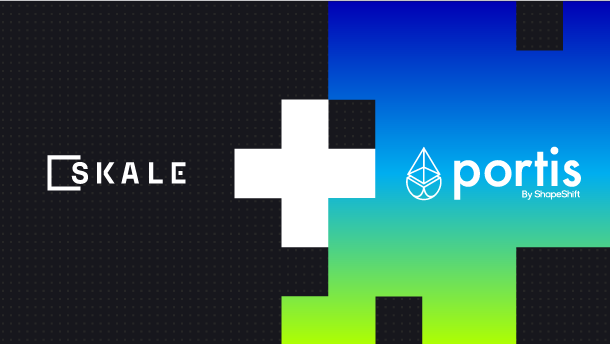 Portis is a self-custody blockchain wallet and Web3 access provider. It is powered by ShapeShift and provides access to multiple networks including Ethereum, Bitcoin, SKALE, xDai, and many others. It supports easy onboarding and user engagement and is trusted by a growing number of the most popular decentralized applications.

Self-custody is an important attribute of the Portis wallet and a fundamental design direction of the Portis team. Self-custody means that neither the wallet nor any apps have access to the user’s private keys and therefore cannot access a user’s cryptocurrency, tokens, or other digital assets. This is in direct contrast to custodial solutions that either have to maintain direct control of a user’s assets or maintain and control access to a users’ private keys.

While self-custody puts a greater burden on users to maintain their passwords and backup phrases, it provides much better security assurances and greatly reduces risks and regulatory burdens in app development.

Portis supports an extensive set of blockchain networks and prides itself on its interoperability. While the Ethereum network is important to them, interoperability goes beyond EVM support and includes other crypto virtual machines and networks. They want to support the best apps and provide the best developer ecosystem and abstract blockchain network underpinnings from developers and users. Developers should be able to select the best networks for their dApps and users shouldn’t have to concern themselves too much about networks and chains unless they want to.

The wallet is seamless for users. They do not have to install anything in order to use a Portis-powered app. Portis supports a full set of browsers including Chrome, Firefox, Edge, Safari, iOS Safari, Opera, and Brave and Portis-powered apps will automatically gain the ability to use a simple in-browser email/password login to activate any and all Web3 interactions.

One of the innovations Portis is pioneering is a "Trust this dApp" feature which lets users send zero ETH or sign messages automatically, as long as the gas fees do not exceed a certain amount per hour. The combination of this frictionless user experience in combination with zero to near zero gas fees on the SKALE Network are an increasing reason as to why many dApps are excited about using SKALE and Portis in combination.

Portis powers an extensive and diverse set of decentralized applications. The list includes popular DeFi apps, a rich set of marketplaces, community and social apps, blockchain powered games, and more. Over 80 applications trust Portis to be their primary Web3 gateway, manage their transaction workflows, and protect their users’ digital assets.

Here are just a few of the apps powered by Portis.

The SKALE Network and the Portis Wallet have much in common. They have both been created by teams that put ease of use, security, and performance at the top of their design criteria. The SKALE Network is a configurable network of SKALE Chains that support high-throughput and low-latency transactions without the high transaction costs found in public mainnets. The network offers expanded storage capabilities along with embedded connectivity and interchain messaging with the Ethereum mainnet. All of this is performed using a pooled transaction validation and security model that is efficient, scalable, and collusion-resistant.

A few of the technical highlights of the SKALE Network include:

Getting Started with SKALE

Details on the technical highlights and more on the SKALE Network can be found using these videos and articles.

A Conversation with Scott Gralnick, Co-Founder of Portis and Director of Global Partnerships at ShapeShift

The SKALE Labs team sat down with Scott Gralnick, Co-Founder of Portis and Director of Global Partnerships at ShapeShift to talk about Portis, wallets, and app developers. Scott lives and works in New York, NY.

How critical are wallets in the decentralized ecosystem

They play an important role as the in-between layer for everything in Web3. They have the opportunity to be the gateway into the full ecosystem. Not all wallets will survive but those that do, will touch everything.

What’s the main driver for the Portis team?

It's difficult enough to build an application, let alone building one in Web3 where there's so many different components that need to be put together. We want developers to be able to focus on building the best marketplace or the best game or the DeFi application while we focus on providing them an SDK which will give them the best non-custodial wallet solution.

Why do you put so much emphasis on self-custody?

The reason self-custody is important, especially in Web3, is it is all about supporting trustless ecosystems and not forcing you to put your faith and belief in a third party. The reason why we built something that's self-custody and what it is so that you're in total control. You own your private keys. You own your assets. We don't have access to your private keys. We don't have access to your passwords. We don't have access to anything that you do within an app. This applies to anyone that uses the SDK – the app and any third-party component an app might integrate with. Only the individual using the wallet maintains access and complete control of the assets in that wallet.

Why the emphasis on multiple networks?

End users just want to use a great product, regardless of what network it’s on. Most network interactions should all be behind the scenes. We work hard to provide a gateway that enables people to use any great tool or product on any platform or any blockchain and have that all run seamlessly. We power over 80 applications and maintain a simple gateway where users can get access to all these different applications from a single access provider.

What are the benefits of using a Layer 2 solution that connects to the Ethereum Network?

The biggest benefits are speed and efficiency. And I guess efficiency can be broken down into faster commit times and faster development speed. There are certainly other advantages, but these are the main ones and by far the most important.

When you talk with developers, what are the top things they should look at when choosing a wallet or Web3 access provider?

For us, number one is self-custody. Our development team has worked really hard to build in end-to-end encryption and create a wallet users can trust. A second is interoperability. And by this, I mean, not only EVM compatibility but support for other virtual machines.

A third indicator would be that they’re trusted in the ecosystem. Do they support a large number of apps? Another important is a fiat onramp. In other words, the ability to buy crypto through the wallet. Having to bring crypto into a wallet from outside in order to use the app is a big non-starter for many. Lastly, make sure to check out their developer community. Is it active, friendly, and responsive? Just as with any other developer library you use, you want to be able to request useful features and get assistance from others if you need it.

Do you have any final words for developers trying to build decentralized apps?

It’s all about the user experience and building products that people care about. It’s great there are so many forward-thinking people in this space, but they often build capabilities far ahead of where people are.

It’s also important to make sure the user experience is on par with what users are used to. Instead of requiring constant Web3 confirmations – confirm this, confirm that, confirm transaction, confirm, confirm – make sure you balance what can happen behind the scenes with automatic signing (with knowledge and transparency) while only bringing out the important elements for confirmation.

Can you give us a hint as to what the pairing of Portis and ShapeShift will bring?

Sure thing. Dapps using Portis will enjoy some awesome new features, including smoother fiat on-ramping, effortless token swaps, and even one-click cross-chain swaps. Portis and ShapeShift is a great pairing.

How do we find out more on using Portis and ShapeShift?

We believe that great UX speaks for itself and so simply head on over to Shapeshift and see what frictionless Web3 can look like.

Thank you for your time.