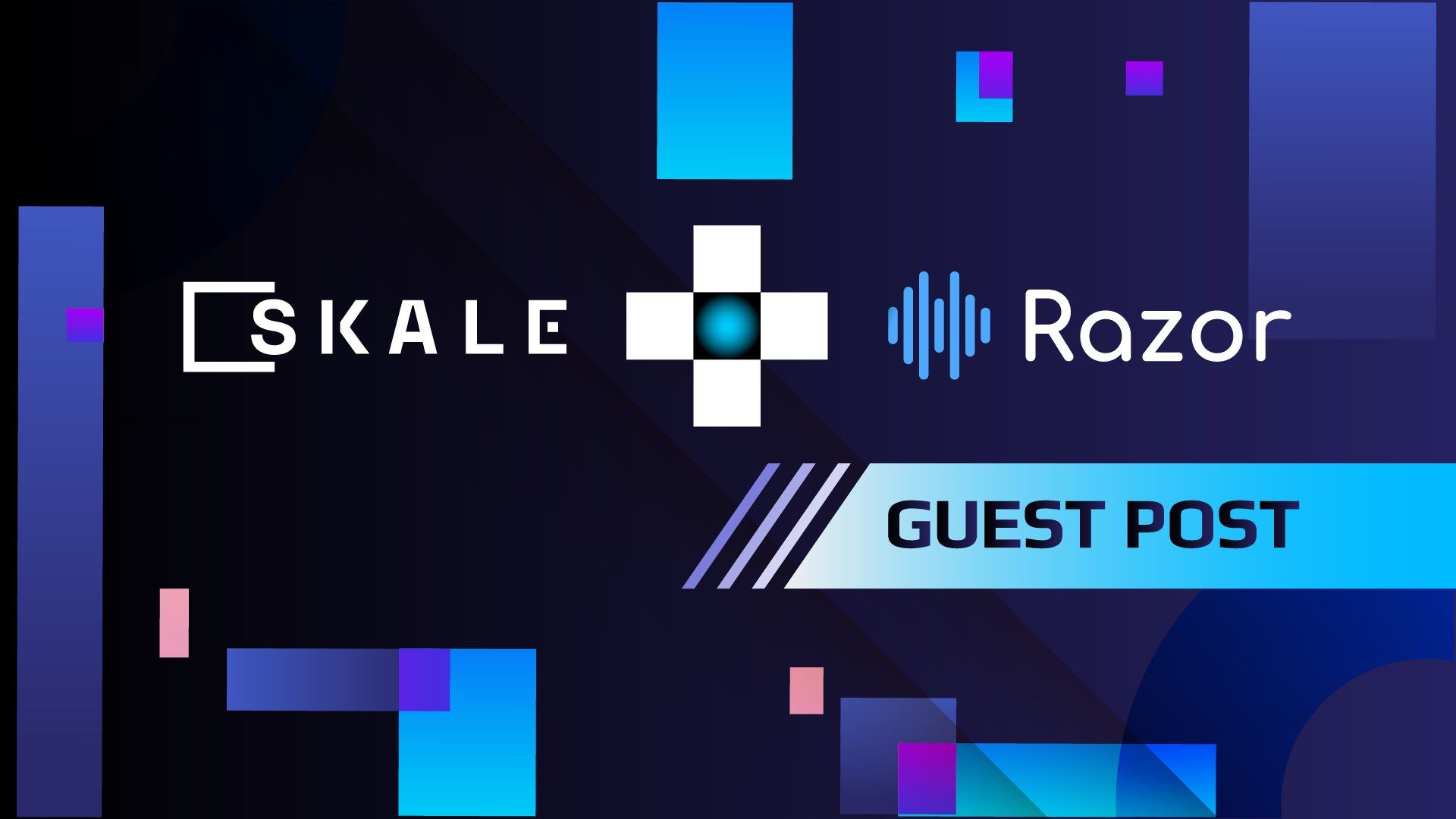 Oracles are the interface that allows completely decentralized ecosystems to gain access to real-world data, enabling the creation of meaningful dApps. Decentralizing these oracles is the task taken up by Razor Network, a one-of-its- kind decentralized oracle solution for DeFi ecosystems. We are pleased to announce Razor Network and its utility token, $RAZOR, went live on SKALE on September 1, 2022.

Conceptualized as a chain-agnostic oracle network, Razor Network provides fast, accurate, reliable streams of real-world data to smart contracts on any supported network. It is secured by maximum game-theoretical security with complete decentralization and permissionless architecture. The oracle data feed provided by Razor Network assures accuracy and reliability of data in a secure environment. Validators are pseudo-randomly assigned, with attractive incentives and stringent penalties to encourage maximum accuracy.

Under constant development, Razor Network Alpha enables crypto community members to participate in the network activities as validators and delegators by staking $RAZOR and earning rewards in return. The SKALE chain makes it possible for all the projects operating on the network to integrate Razor oracle feed to their dApps.

Operate your Own Node on Razor Network Alpha

Validators are the backbone of Razor’s decentralized oracle network. Becoming one of the validators is an easy process. A device with 16GB or more RAM and a 4-core arm64/amd64 architecture-based processor, anyone can stake a minimum of 1M $RAZOR tokens and follow step-by-step instructions in the setup guide for their own node. Meanwhile, others interested in contributing to the network and earning rewards can stake $RAZOR as delegators without worrying about minimum staking requirements.

Learn how to set up your own Razor node: https://docs.razor.network/docs/razor-go/installation

Until now, most of the Razor community members have been holding their $RAZOR tokens on Polygon or Ethereum chains. But, to become part of the Razor Network Alpha ecosystem, they will have to use the $RAZOR Ethereum-SKALE bridge to transfer their holdings to the SKALE chain. From then on, it is business as usual.

Bridging tokens from Ethereum to SKALE (sChain) followed by staking on Razor’s sChain contract requires gas fees to be paid in sFuel, which can be acquired from sFuel faucet on RazorScan.

With Razor’s oracle solution offering trustworthy real-world data streams, SKALE could soon become the home for a wide range of dApp ecosystems. At present, within a couple of days since launch, SKALE-based smart contracts can access ETH/USD prices for free. Soon, more datastreams will feed data from various real-world sectors and verticals to smart contracts.