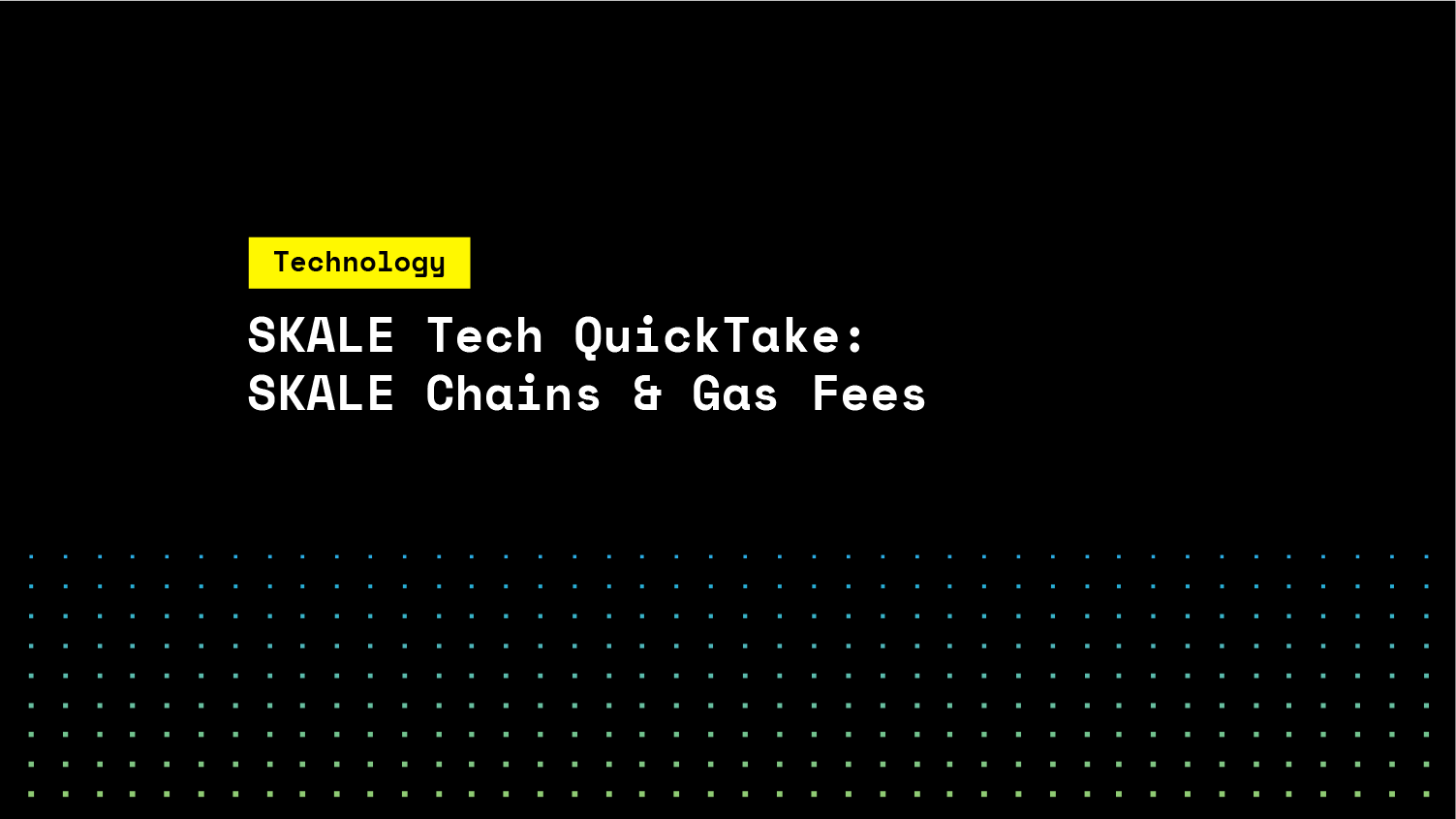 Gas fees within the Ethereum network have been a big problem for a number of years. It has been a common issue for users and source of pain for many dapps and protocols. Eth2 holds promise for mitigating things, but will take awhile to come online. Even then the increased capacity of ETH2 is designed for linear growth, not the exponential growth we believe is here.

In order to address this, an execution layer such as the SKALE Network is critical as it provides Dapps with greater transaction throughput, faster transaction finality, and lower operating costs – all of which are major concerns for consumers and developers alike. The SKALE Network provides Dapp-specific chains of varying sizes that all feature a Proof of Stake consensus model offering sub-second finality and up to 2000 transactions per second.

The resources to operate a chain are supported via subscription fees – put up by a developer, protocol, consortium, or other entity that wishes to operate a chain. These fees are used each month to pay the validators and delegators that support the network. This subscription model offers a flat cost for as many transactions that a given sized chain or chains can support. If activity increases, the size or number of chains “rented” can be increased as needed.

Nodes that operate the SKALE chain run within Docker containers which allocate CPU/memory usage, and disk size so as to adequately segment node resources. These nodes are virtualized into subnodes, so as to better allocate resources between small, medium, and large size chains. This allocation of resources means that all operations within these parameters have no additional cost – effectively bringing gas fees are zero for transactions performed within SKALE chains.

This resource allocation model has two benefits – one is that it limits and/or prevents Denial of Service (DOS) attacks and the other is that it indicates to the user that they might need to scale up to a larger size chain – which is analogous to moving up a level on a cloud service such as moving from one size of server on AWS to another.

This zero gas fee structure is incredibly important for developers building and operating decentralized applications. One of the biggest gating factors to consumer adoption and building out profitable solutions on Ethereum is the exorbitant cost of transaction fees. Removing these costs from the equation translates into much easier go-to-market opportunities, higher adoption rates, and more successful decentralized solutions. SKALE’s model of dapp-specific chains, supported and provisioned via staked subscriptions, will support developers and help drive adoption of decentralized applications.