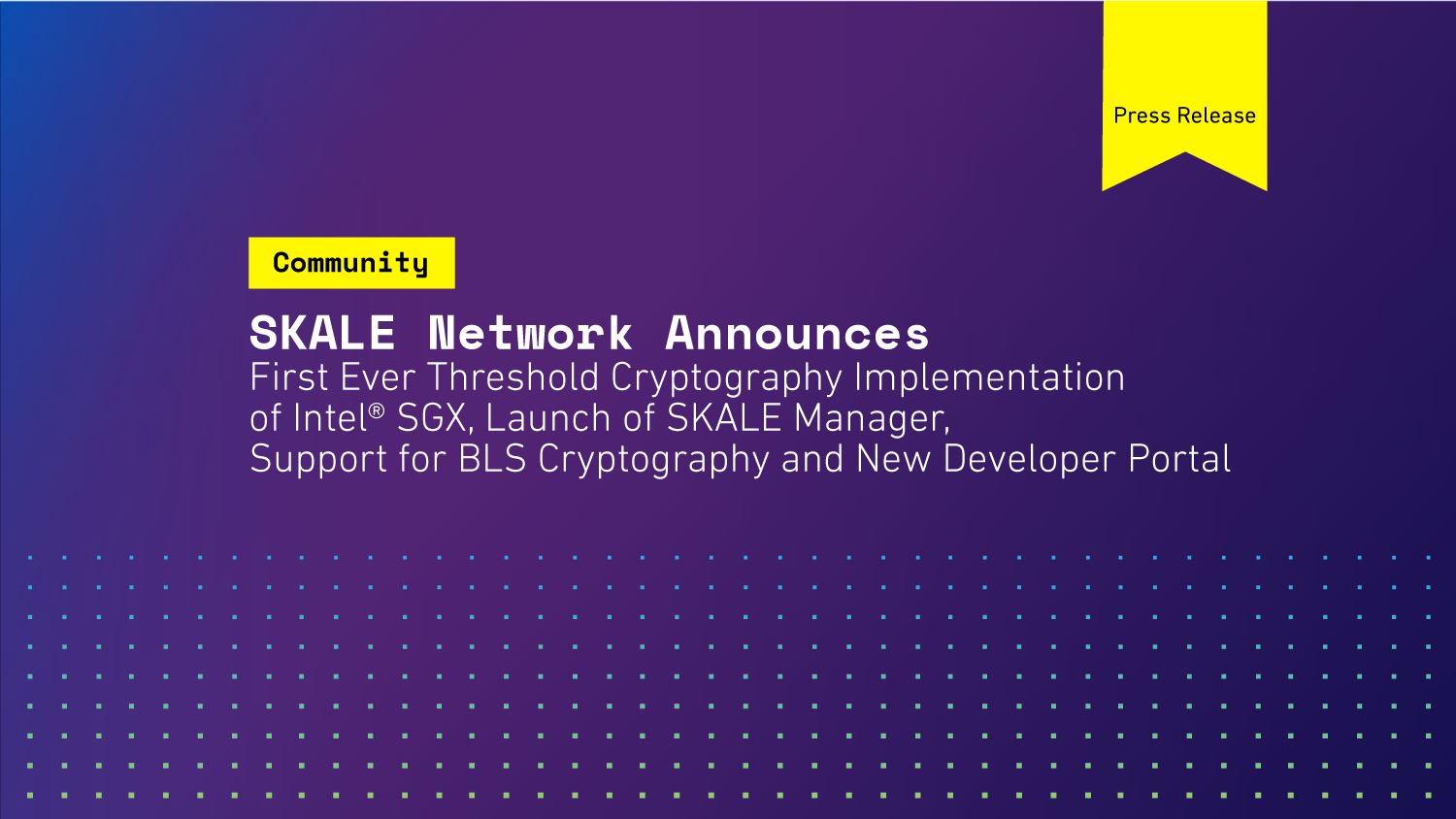 SKALE Network, a decentralized elastic blockchain platform for securely scaling Ethereum-based decentralized apps, today announced it has launched the first-ever threshold cryptography implementation of Intel Software Guard Extensions (SGX) in addition to its SKALE Manager and support for BLS Rollups.  Developers will be able to learn about all of these announcements and more using the new SKALE Developer Portal.

Creating the Ethereum blockchain infrastructure that will power experiences for consumers is SKALE’s vision, and that can only be done by supporting the developers that create those dApps. Developer portals have traditionally been poorly architected compilations of difficult to find documentation and code.  SKALE listened to users’ pains and created a portal that is scalable, has smooth onboarding, and is tightly integrated with github and the SKALE codebase. Using technologies like GraphQL, Gatsby and Algolia, the new portal loads pages incredibly fast, offers live updating of documentation to corresponding areas of the codebase and has deep customizable search functionality that pulls queries from different libraries and outputs one answer.

Developers will furthermore get access to several new offerings including support for SGX wallet - the next generation crypto wallet server that uses Intel® SGX with support for BLS threshold cryptography. This is a new way for blockchain validators to secure tokens and assign blocks on to the blockchain.  Currently, other hardware-based systems and hardware security modules (HSM) only support elliptic curve digital signature algorithms (ECDSA).  SKALE network now supports BLS threshold cryptography.  BLS is stronger and more efficient than ECDSA allowing parties to sign the messages from independent servers securely, as well as  allowing multiple parties to sign creating more space for transactions.

In order to take advantage of the many efficiencies and security features of the SKALE Network, SKALE also announced the SKALE Manager, a smart contract manager that maintains the network smart contracts on the Ethereum mainnet. It manages node network registration, users requests for SKALE chains, smart contracts and defines the economic system of the SKALE utility token. Amongst other tasks SKALE Manager Smart Contracts verify BLS signatures and facilitate distributed key generation for each skale chain generation.  Finally, SKALE announced the first Ethereum token that will be delegatable as a part of its upcoming mainnet launch.

The SKALE Network is supported by top validators in the world including Blockware, ConsenSys, Certus.One, Chorus One, Dokia, Figment Networks, Hashed, Staked, StakewithUs, and Stake X, as well as key infrastructure player Bison Trails. For more information please visit SKALE Space, @SkaleNetwork on Twitter, and @skaleofficial on Telegram or send us an email. 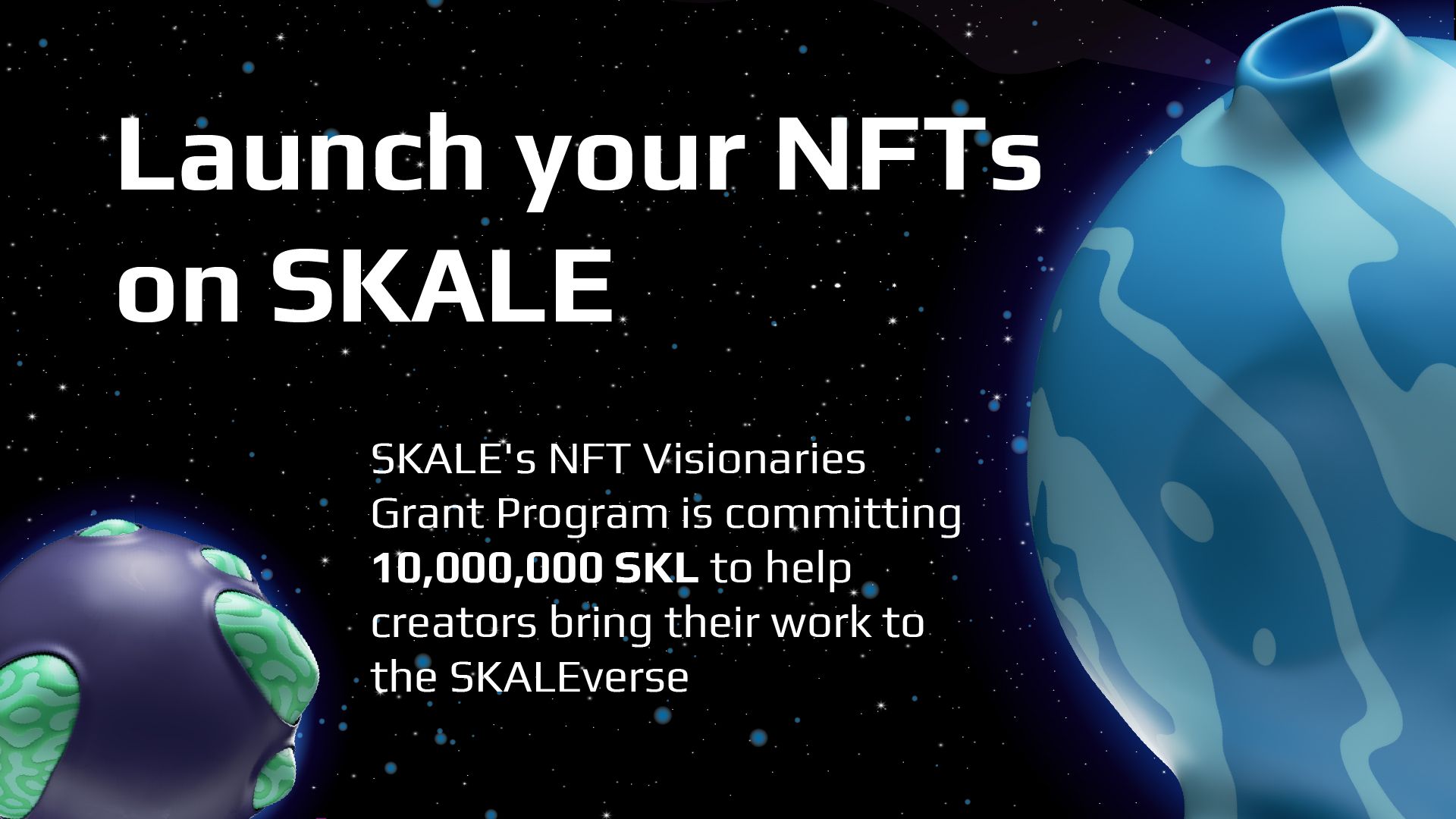 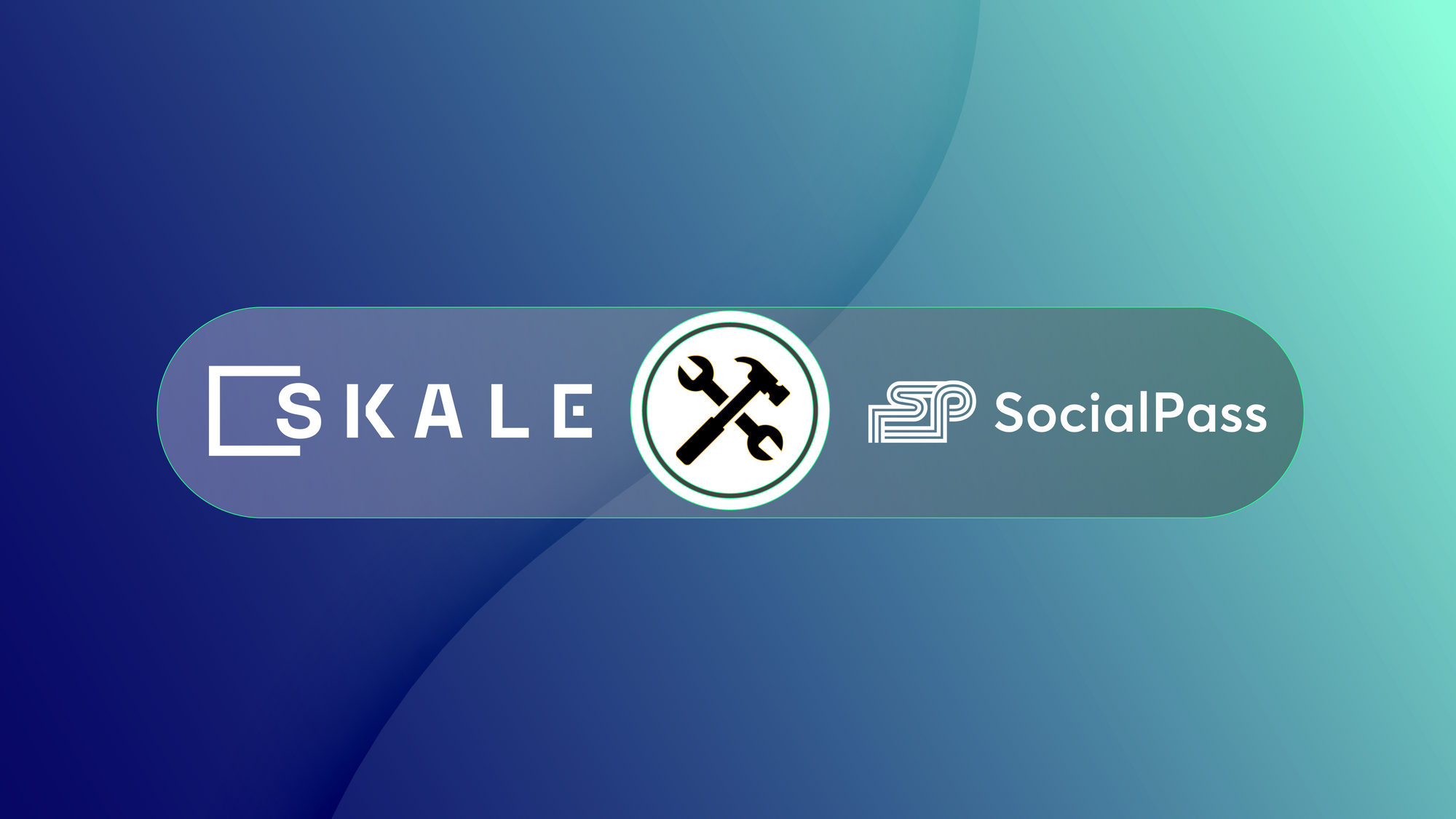 We’re excited to announce that NFTY Labs will be building their new SocialPass product on SKALE.

We are excited to announce that SKL token is now trading on eToro (outside of the US)!