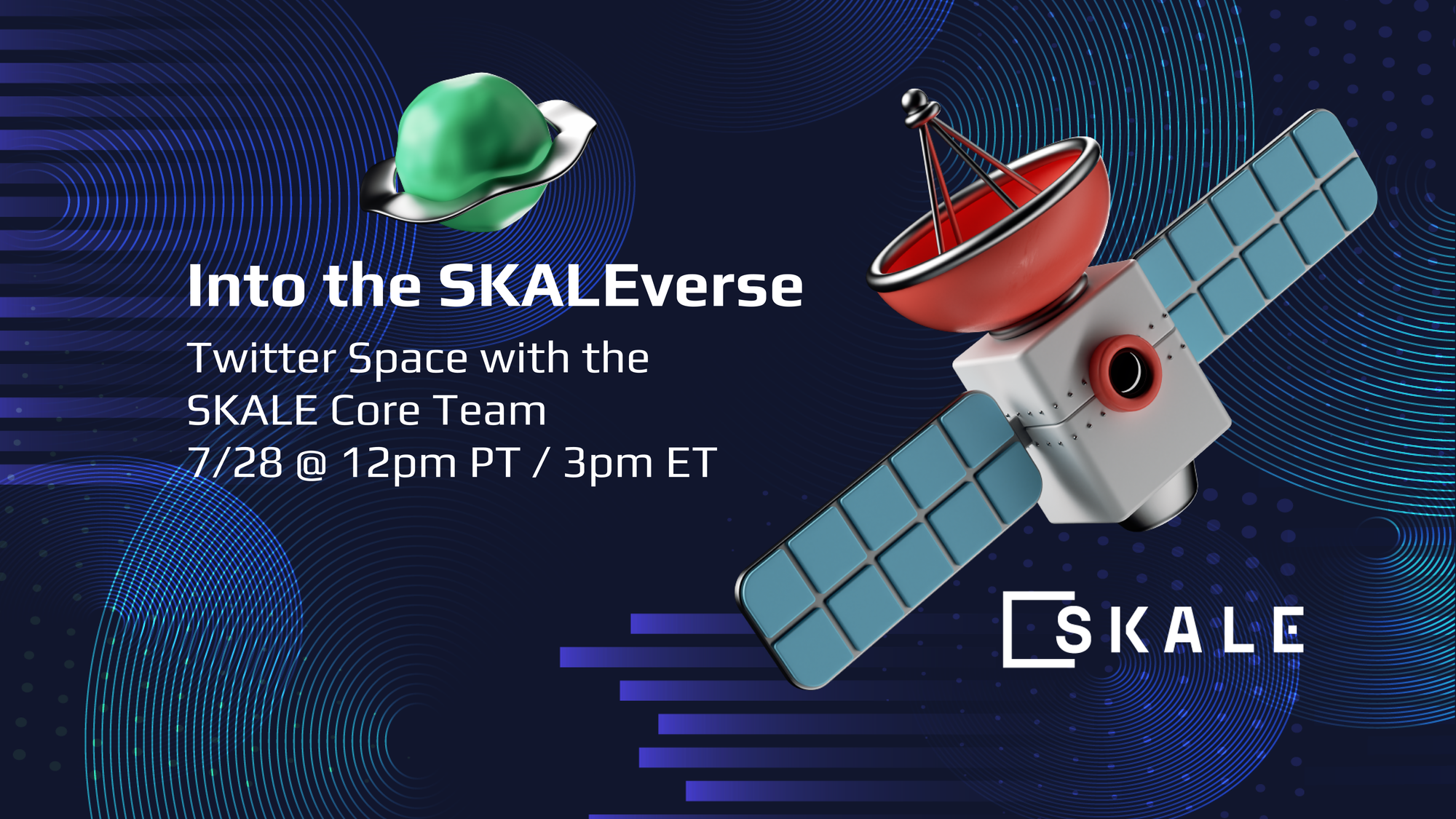 Calling all Skaliens! Join us Thursday, 7/28 at 12pm PT for our next Twitter Space. SKALE's Head of Communications, Marcos Sanchez, hosts another conversation with the SKALE core team and partners, providing updates from across the SKALEverse!

Only 24 hours until our next Into the #SKALEverse #TwitterSpace! We're excited to announce that #SKALE Labs' Head of Comms @marcoshash256 will be joined by special guests from @ProspectorsNFT and @StonkLeague to discuss their latest updates. Don't miss it!https://t.co/jYW1qlIRYI

SKALE is an Ethereum native multi-chain network composed of an unlimited number of secure, decentralized, high-performance blockchains for bringing NFTs, DeFi, and Web3 to billions of users. SKALE’s highly configurable platform was built to support an ever-expanding set of

The SKALE Network is an open source project with many contributors including SKALE Labs, Inc. headquartered in San Francisco, CA.